1
posted by falseta in General Flamenco Talk 5 months ago

"Holguín’s well-written, witty, and scholarly book on flamenco and the shaping of modern Spanish national identity helps us understand the enigmatic tension between Spaniards’ often ambivalent attitudes toward flamenco and the art form’s enormous success beyond Iberia."

Sharing, if you are looking to learn flamenco dance and in the Southern California area...

"Starting Sunday Nov. 10, I’ll be teaching a Fall/Winter Workshop Series exploring a variety of rhythms, ranging from the Soleá to Alegrias. Every class will include thorough instruction in technique, including arm/ body positioning, corporal expression, footwork, turns, and of coarse compas/rhythm excercises and powerful doses of inspiration! Added to this mix is my favorite TABLAO FLAMENCO WORKSHOP where you’ll learn how to enjoy your flamenco experience on stage to the fullest!"

WOW! Live performance by Jose Merce and Tomatito, amazing buleria, tremendous falsetas by Tomatito, watched and re-watched, lot's to learn here for guitarist to put into your next show!

Jose Merce and Tomatito join up to perform Jerez, not sure what to think of it yet, the more I hear it the more it grows on me... thoughts? 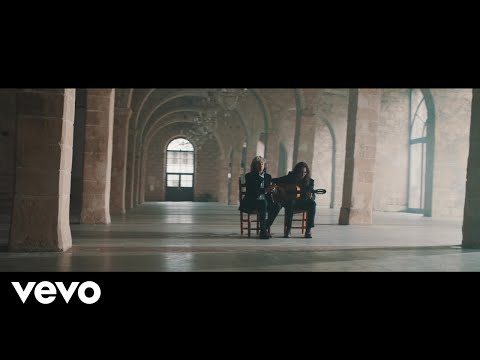 Going back a bit, a sneak peek behind the scenes of Lagrimas Negras, enjoy! 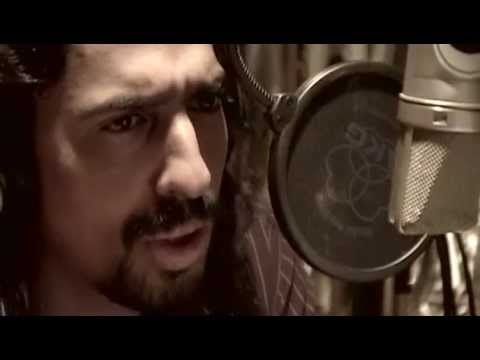 Great article on the passing of Paco de Lucia, what his touring band is doing and how a huge void needs to be filled before Flamenco once again falls silent.

I don't think it will, too much talent and with the internet, social media, etc... The hope is Paco de Lucia and Flamenco will only grow in popularity for generations to come.

Next Monday~José Cortés Fernández will be teaching a cante class Monday, October 28 at 8-9 pm. The class is $35 and you will learn to sing Flamenco. If you are a dancer, this is especially helpful for understanding cante and how it works with baile, even if you don’t consider yourself a singer. The class is $35 and registration is up on our http://www.naranjitaflamenco.com

Favorite Tangos for Guitar Warm Up?

Currently listening to Radio Tarifa, on their album Fiebre they have a pretty nice tango called Tangos Del Agujero. Helps warm up my mind and hands to practice tangos...

I also like Tu Camisita De Flores by Duquende, has some interesting changes and it's a bit more challenging...

Again the idea here is just to get the mind and hands warmed up...

So what's your favorite tangos song to warm up to?

Eventually when performing Flamenco live you will have to adjust your guitar using a capo also called a "cejilla". The modern capo is made of aluminum or light weight metal for quick adjustments, while the traditional cejilla is hand made from wood with patterns that can be very intricate.

We took a moment to breakdown the best flamenco guitar capo's and cejilla's bellow to help you pick the perfect one for your next performance. Each capo has it's pro's and con's, especially if you are going to be adjusting several times during a show. Capo's generally breakdown into three types, spring tight, latch locking and twist locking. Depending on your guitar neck and how fast your shred your scales, one type might make more sense for you than the other.

Traditional flamenco capo's also known as a Cejilla are made of wood and can vary in quality depending on the craftsman. Nothing can set off your flamenco guitar like a beautifully hand made cejilla and they are worth every cent. The cejilla uses a twist locking mechanism to stay in place and can accommodate quick key changes if needed during a performance. Sometimes flamenco guitar makers can custom make a cejilla for you with different wood patterns that would match or compliment your flamenco guitar.

0
posted by falseta 1 year ago

I just finished watching Ketama Herencia Flamenca a movie broadcast on TVE and it was AMAZING! Every once and a while I complain about paying extra for Sling extended channel package but then times when my DVR actually records something like this it makes it very well worth it.

Amazing! If you are a Ketama fan, and who isn't right? Then you need to get your hands on this movie!

Ketama Herencia Flamenca is a great documentary about the Habichuela family and explains so many details about the roots of the family in flamenco. I got listen to Juan Habichuela explain his difficult migration to Madrid Spain when he became of age, leaving his Mother and Father behind in Granada with hopes of a brighter future performing in the bigger city. You get first hand the struggles of Juan Habichuela rising from a humble family to become an icon in Flamenco and setting the stage for everyone in his family and extended family.

El Camborio Juan Carmona also explains the birth of Ketama as he takes you to the very place where many of the songs where written and developed as well as where the group was formed. Interviews with Antonio Carmona and Jose Miguel Carmona further explain the early struggles of travel and performing in Ketama.

The highlight of the whole movie was seeing Pepe Habichuela as he really is. Pepe Habichuela has a very intense look about him in playing and pictures as a person though he is very comed...